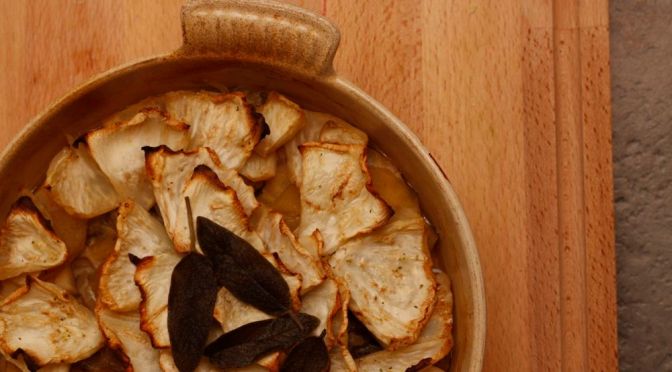 This dinner was stumbled upon by chance, completely inspired  by the lovely ingredients we picked up on our local high street. We’d gone for a walk on one of the first sunny Saturdays of spring with the intention of dropping by the greengrocers and the butchers to pick up a couple of bits for the coming week. In the greengrocers we nabbed a celeriac and some rhubarb (bang in season, and more to come on that later!) and in the butchers we picked up some beautiful Gloucester Old Spot boneless pork chops. Back at home we started to plan our meals for the week and realised we had a beautiful dinner sat right in front of us! Neither of us fancied a creamy gratin so we went with a boulangère potatoes-inspired dish, finely sliced celeriac layered with softened onions and apple slices to complement the pork.

This was really easy to prepare but felt pretty fancy, you could definitely wow a few people coming round for an alternative roast. It would be delicious with our roast pork belly recipe too!

The slicing is by far the most tedious bit about this dish, once you’ve got all that done it’s just layering! 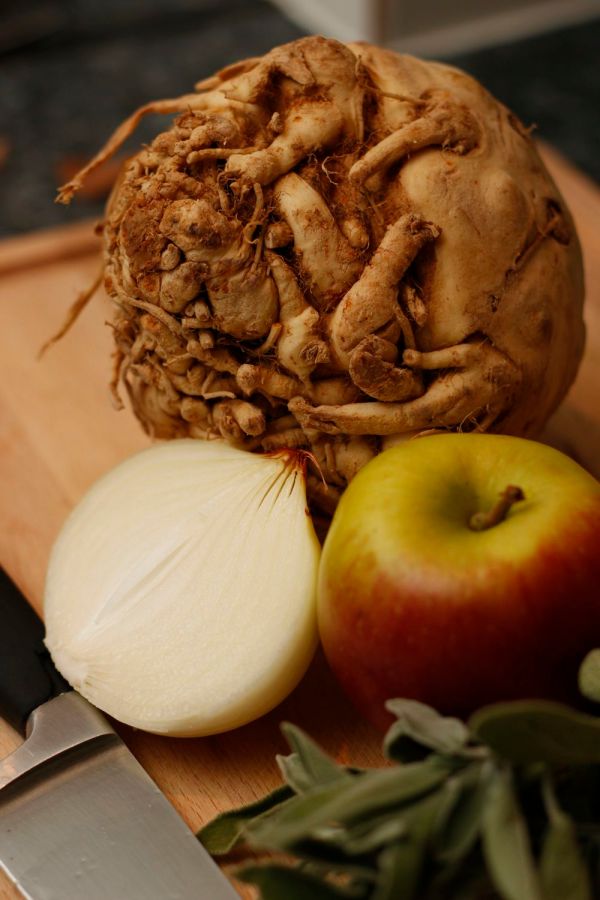 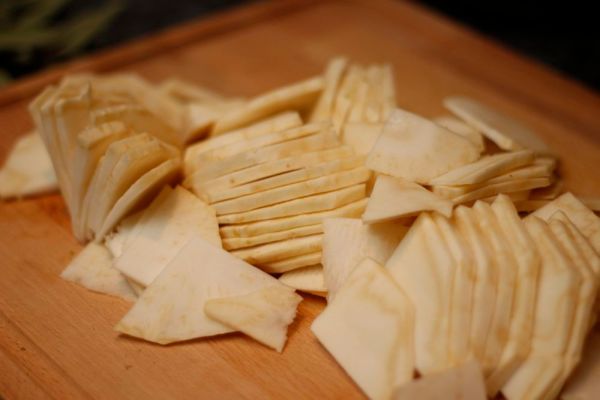 Start by frying the onions in half the butter and oil with the chopped sage. Cook for around 10-15 minutes until they’re nice and soft. Preheat the oven to 180°C.

Start layering up your gratin in an oven-proof dish, we did celeriac-onions-apple finishing with a final layer of celeriac. Make sure you season well with salt and pepper on each layer too. 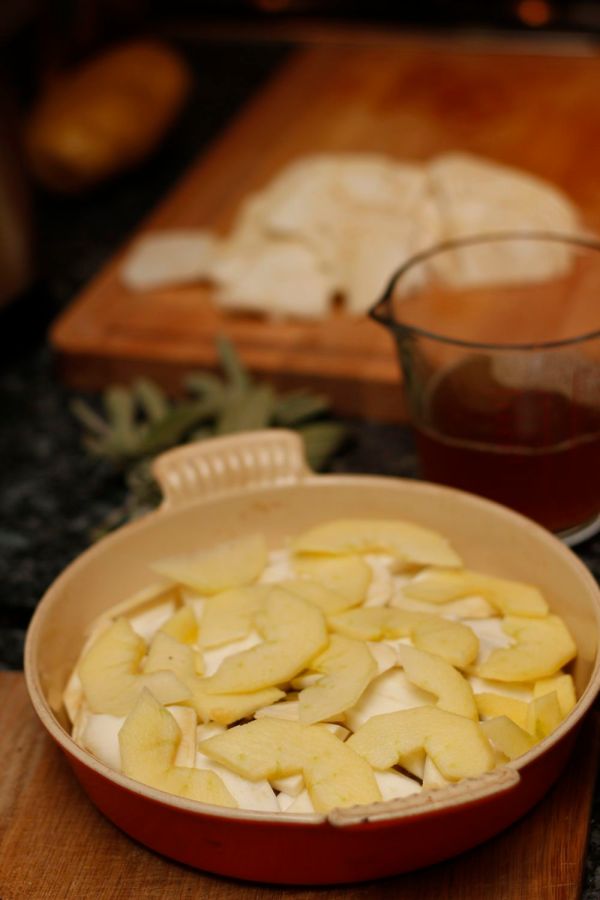 Pour over the stock – it should come about 3/4 of the way up your dish. On the top layer of celeriac take a couple of minutes to make it look pretty-ish (not really our strong point!) and then dot with the remaining butter and the remaining sage. Pop in the preheated oven – it should take about 45 minutes to cook perfectly! 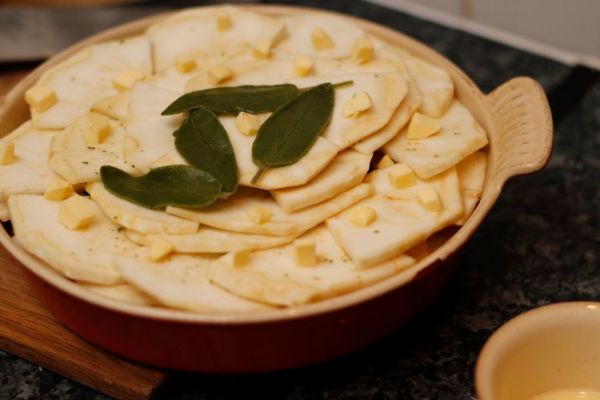 Our pork chops took about 20 minutes in total to cook, so roughly halfway through the gratin cooking time start these off. Coat with the remaining olive oil and heat a griddle pan over a medium heat. Render the fat off the chops by standing them upright in the pan for about 5 minutes until the fat has turned golden on the outside.

We then poured a lot of fat out of the pan as they were in danger of deep frying! Cook them on each side for a couple of minutes and then pop into the oven either in the pan if it’s oven-proof or transfer to a dish and cook for a further 10 minutes. 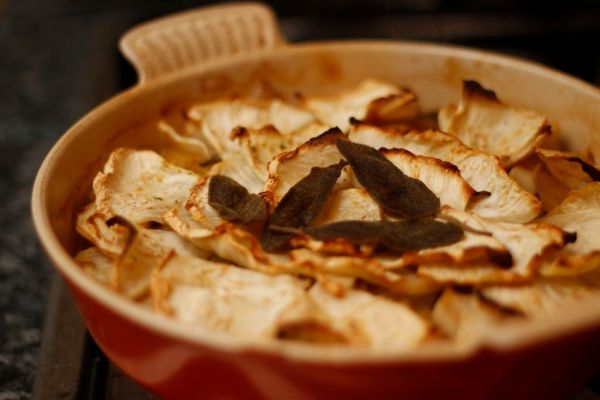 Serve with some greens and enjoy. We love shopping local, there are some brilliant places and you end up inspired to cook dishes you might never have thought of otherwise! 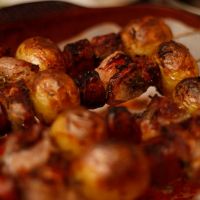